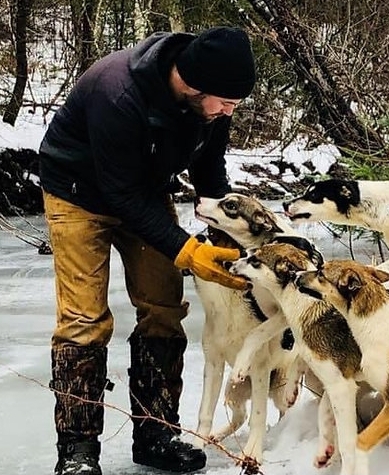 Born & raised in Saint John, NB. After graduating from high school in Saint John, Justin traveled and lived overseas for a few years - upon his arrival back to his hometown, Justin worked locally as a hair stylist for 5 years.

He then made the major decision to move to the Sub-Arctic town of Churchill, Manitoba. He was fortunate to have been able to be mentored & trained in the art & culture of dog sledding! In the winter of 2018, Justin - along with an incredible team of 3 men & 12 dogs - accomplished a mind-blowing dog sledding expedition from Churchill, Manitoba to Saint John, NB. The journey took 110 days and covered over 3500 KM. During this time Justin was able to stop and visit various First Nations Communities across Canada and was absolutely inspired by the kids & families he came in contact with.

Currently he has 15 sled dogs and works with the local schools in Saint John to educate & advocate for kids & dogs alike! He is an accomplished Young Adult Pastor and Justin remains committed to helping those in need and is always actively looking at ways to better his community. 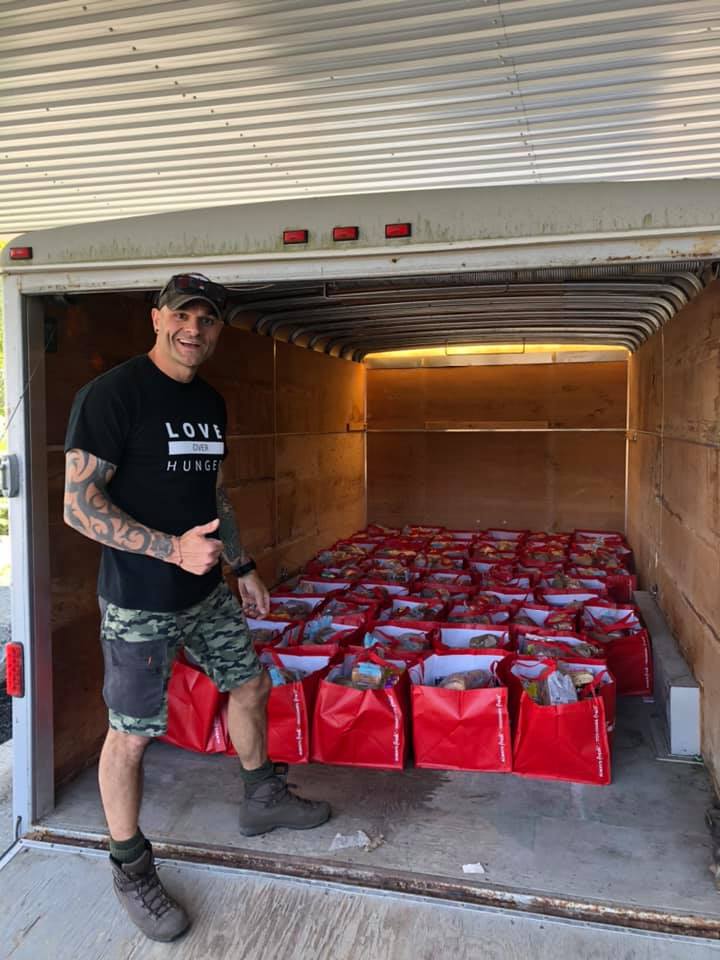 After graduating from Saint John High, Patrick joined the Canadian Forces. In 2004 he completed his military training in Esquimalt, British Columbia, and was sent to Edmonton AB. Once in Edmonton, Pat became a member of the Lord Strathconas Horse Royal Canadian and was deployed to Afghanistan in 2006, 2008 & 2010.
During his 2008 tour in Afghanistan, Pat’s vehicle was hit with an IED and he sustained injuries to his neck, back and brain. He was medically released from the Canadian Forces in 2016.

In 2019 Patrick was selected to compete in the Warrior Games, as the Ultimate Champion. On day 2 of the games, he sustained a major injury to his chest and still completed the competition with only one arm! Patrick is currently preparing to compete in the upcoming Invictus Games as a runner & swimmer.

Pat Gordon is a true patriot, whose vision has always been to help the people who need it. 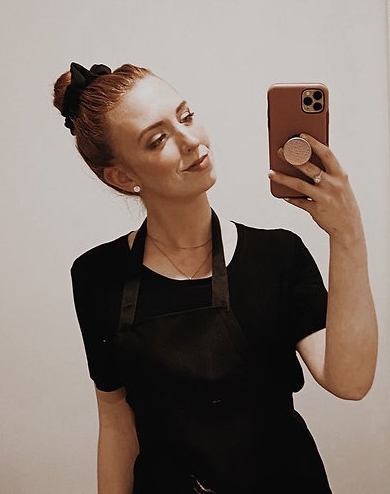 Originally from New Glasgow, Nova Scotia - Sienna relocated to Yarmouth, Nova Scotia in 2010. She then went to NSCC - Burridge Campus and moved to Fredericton, New Brunswick in 2012.

​After living in the areas of Fredericton & Saint John for a few years - Sienna then moved back to Nova Scotia to start a family with her Fiancé. Her Fiancé was a member of the Canadian Armed Forces, he passed away on duty, in 2016. Sienna says she feels an incredible debt to the communities of Greater Saint John for the support, love and generosity they showed her during this difficult time. “They rallied around me and held me up when I needed them most. I can never repay that.”​

Sienna was also a finalist on Masterchef Canada (Season 5) and has a huge passion for food & feeding those who are hungry.​

She has two children, and works full time doing Commercial Financing at Downey Ford Saint John. Sienna remains committed to helping families around her who need it.

Originally from east coast Newfoundland and now resides in Quispamsis, New Brunswick. Have lived in New Brunswick since joining Reg Force Infantry 2 RCR out of Gagetown in 2006. Deployed to Afghanistan roto 1-07. 2 herniated crushed discs operated on and replaced in 2010.

Upon leaving military got my red seal in carpentry and became a foreman with one of biggest construction in Canada.

Met Pat few years ago and immediately clicked, and now going through my own transition into relaxing and taking care of myself.

OFSJ has been an outlet and helping me fill my bucket a little bit while helping kids in our community who struggle everyday. Looking to show my own 3 little kids , and show them sense of community as-well.

Can’t wait to see where this beautiful journey takes us.

Born and raised in Saint John, New Brunswick. Maureen was a multi sport athlete from a young age and up until joining the military.

Maureen joined the Artillery in 2004. She was posted to Petawawa, Ontario with 2rcha and deployed to Afghanistan in 2006 with E BTY. On that deployment she was apart of operation MadUSA which was the most significant land battle ever undertaken by NATO. Some of her accomplishments during her career are... the bushman competition and going on an army exchange to New Zealand for 5 weeks to train with their artillery soldiers.

There she became the first female to ever command a howitzer. Maureen was medically released in 2015. She is now a mother is 3 and enjoys this more than anything. Maureen reconnected with Patrick and was more than happy to get involved to help feed the children in our city.